TERMINATOR SAGE: to be continued…

November 19, 2019 Comments (0)
TERMINATOR SAGE continues
(Scan the QR CODE for more information)
While he’s widely hailed as a visionary director, James Cameron likely had no idea just how unwieldy the Terminator franchise would become when he first sent a from the future to eliminate Sarah Connor in 1984. Since then, the Terminator timeline has grown into the past and the future through four more movies and a TV show – not to mention numerous books, comics and videogames.
That expansion has meant a lot of time travel and rewriting of history, meaning the Terminator timeline is now a complex beast – far less linear than the chronologies of the Star Wars and Star Trek universes. History is repeatedly rewritten and character fates routinely altered as the Terminator saga branches off into numerous alternate timelines – there are at least three dates given for the world-ending Judgment Day, Sarah Connor has “died” a couple of times, and some instalments even pretend that previous movies never happened.
Indeed, the upcoming Dark Fate (the first Terminator movie to boast the involvement of Cameron since 1991’s Terminator 2: Judgment Day) is a direct sequel to T2 that acts as if Terminator 3: Rise of the Machines (2003), Terminator Salvation (2009), Terminator Genisys (2015) and the Terminator: The Sarah Connor Chronicles (2008-09) TV show never happened. “This is a continuation of the story from Terminator 1 and Terminator 2,” Cameron told the Hollywood Reporter back in 2017. “We’re pretending the other films were a bad dream. Or an alternate timeline, which is permissible in our multi-verse.”
TERMINATOR SAGE continues… with new villains, the most modern in the form of robots, trying to destroy the world as we know it!!
VARICK ADDLER – AWARD-WINNING “GERMAN” ACTOR COULD FOLLOW IN A LONG TRADITION OF GERMAN BAD GUYS
Germany has a lot of claims to fame. The country has produced innovative scientists, ground-breaking philosophers, brilliant artists and composers, not to mention some of the best beers in the world; and with award-winning actor Varick Addler on the list, they can count captivating screen talent among their many notable attributes.
“I am the great supporting cast that brings the film and the main character shine because there are those movies out there where it’s more important to have the villain be interesting – it’s that [villain] role, like Heath Ledger or Tom Hardy [in the Dark Knight franchise], that run away with the movie”, says Varick.
To filmmakers, Hollywood is what Paris is for painters. For most hopeful young actors, however, Hollywood and all the fame and fortune that go with it, is just a long way from home. Few have actually made it there, but that hasn’t stopped the many from trying.
After a long break, award-winning actor, Varick Addler, returns to the Hollywood Circus and can be seen in the highly-anticipated action film “Out for Vengeance” with martial arts legends Michel Qissi’s (“Kickboxer”) and Silvio Simac (“Transporter”) directed by Angel Film Award winner Salar Zarza and co-directed by Michael Dudikoff (“American Ninja”).
As a continuation of his character, Mr. German, Varick Addler will also be part of the sequel “Out for Vengeance 2: Back to Revenge (2019)”. Due to his strong physical appeal he is intended for a large action role with many action scenes in the style of Jason Statham. That role will definitly help boost his international star in action films.
TITAN Media Group Roesch GbR, Germany and Varick Addler are Co-Producer of the international True Spirit Entertainment action-thriller production “Out for Vengeance (2019)” and the sequel “Out for Vengeance 2: Back to Revenge (2021)”.
“I love what I do! Every day, I get the unique opportunity to inspire people with stories to be told and other people’s lives which must be brought into theaters! I love that! And I love to be a dreamer. I had my dreams all right. And that is something no one can ever take away. They cost nothing, and they can be as real as you like to make them. You own your dreams and they are priceless. I’ve been a lavatory attendant, a theatre usher, a panhandler, a superhero, or the next bad guy in a big franchise, all for real. That’s the stuff my dreams are made of.”
“Knowing your type as an actor is essential!”, says Varick and continues: “Actors are virtually entrepreneurs, running their own business in this industry. One of the very first rules of entrepreneurship is to find your audience. The success of the business will depend on entrepreneur’s ability to find a circle of consumers interested in the product.”
“Varick is a super-sized version on Bruce Willis,” says the Industry Hollywood. But the fictitious face of Varick in his older days looks more like Sir Sean Connery *smile! This award-winning and versatile actor could follow in a long tradition of charming German bad guys (i.e. the TERMINATOR franchise).

The Terminator Theme (1984) composed by Brad Fiedel.
Played live with no sequenced parts (except drums).
Almost all melodic sounds generated with Sylenth One VST, first drum loop sampled from the original song, second loop is a stack of several samples from the XP30, as well as the orch hit, and the “frying pan” sound is a sample from a Yamaha SY35. Keyboards are used just as controllers. The project is hosted in Ableton Live. 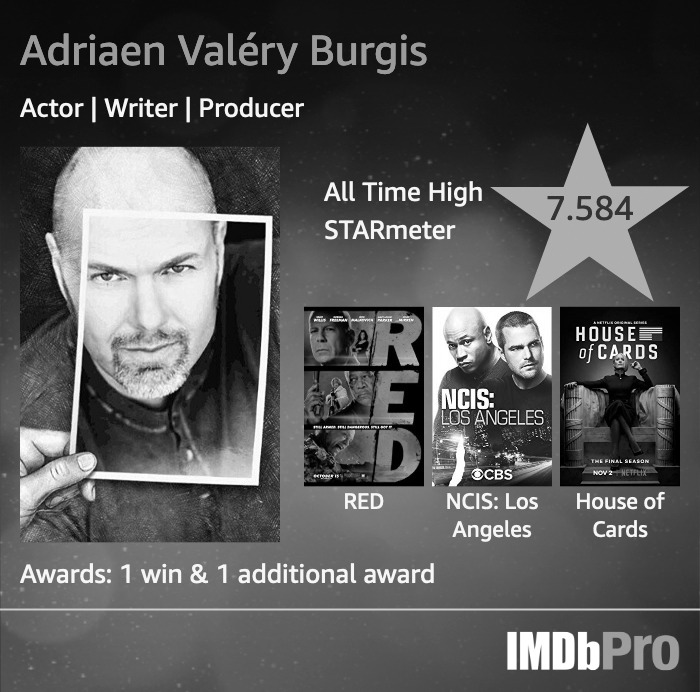