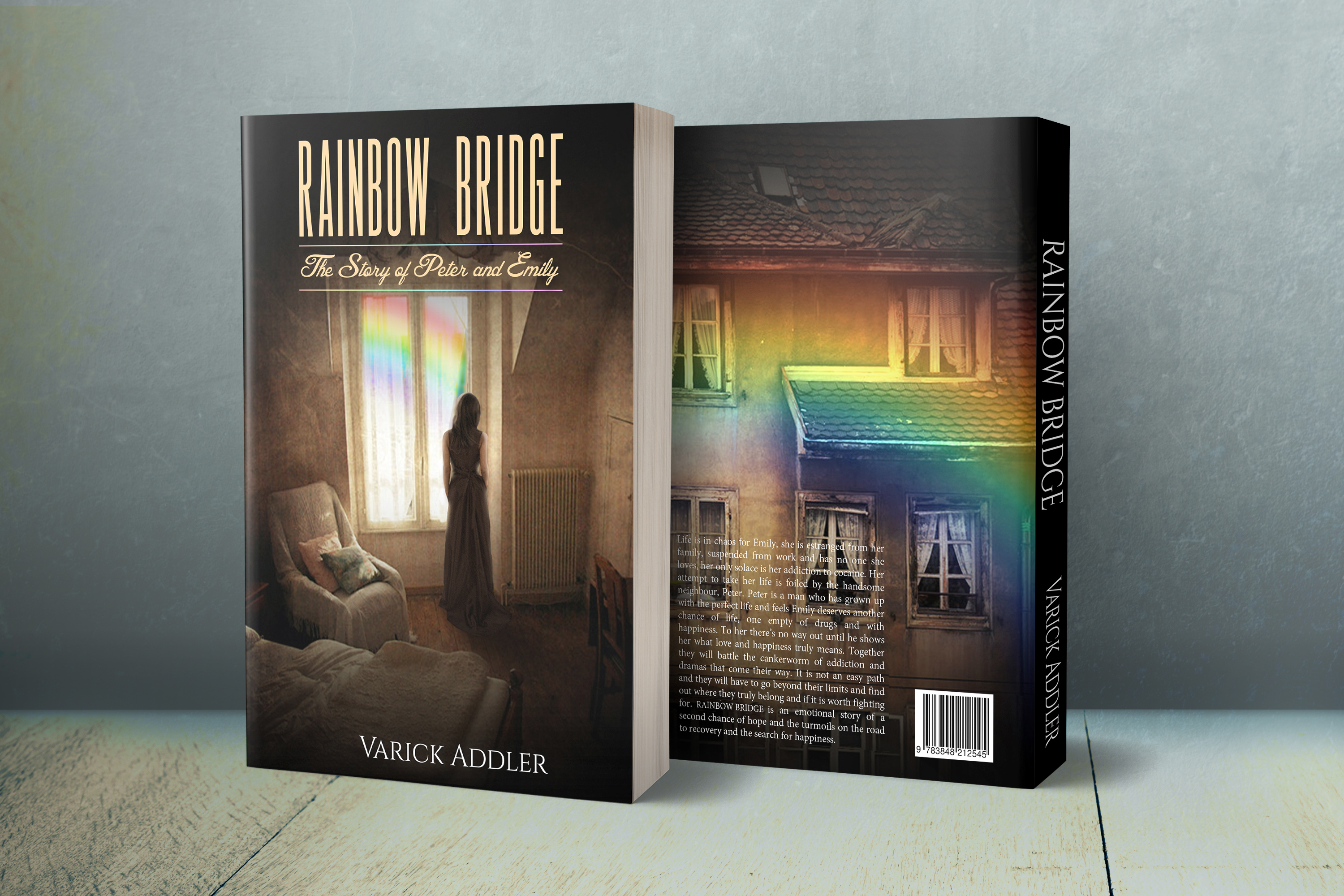 Synopsis
Life is in chaos for Emily, she is estranged from her family, suspended from work and has no one she loves, her only solace is her addiction to cocaine. Her attempt to take her life is foiled by the handsome neighbour, Peter. Peter is a man who has grown up with the perfect life and feels Emily deserves another chance of life, one empty of drugs and with happiness. To her there’s no way out until he shows her what love and happiness truly means. Together they will battle the cankerworm of addiction and dramas that come their way. It is not an easy path and they will have to go beyond their limits and find out where they truly belong and if it is worth fighting for. Rainbow bridge is an emotional story of a second chance of hope and the turmoils on the road to recovery and the search for happiness.

Rainbow Bridge: The Story of Peter and Emily is a young adult romance novel written by Varick Addler. When the letter came, Emily had had more than enough of disciplinary time off from work. The parties at night had exhausted her, and she knew she looked terrible from all the substance abuse. She wanted to get back to work, but instead she discovered that the letter she had hoped would welcome her back to her job was actually a termination notice. That was the final straw, she thought. She had expected a second chance and had gotten none. Something in her decided her only recourse was to take her own life, end it for good. Peter, her neighbor, wondered why he hadn’t been seeing her for some weeks now. While he’d never be considered a stalker or anything creepy, he had a bit of a thing for Emily and would like to get to know her better if he weren’t a bit girl-shy. When he saw her windows and the mailbox open in the pouring rain, he decided that he had to check up on her. Peter knew where she kept her spare key, and, when knocking on her door failed to get a response, he went inside to find her. She was in her bed, lying pale and still, her body cold, but he was thrilled to find a weak pulse. Wrapping a cloth around the gash in her wrist after calling 911, Peter waited and prayed.

Varick Addler’s young adult romance novel, Rainbow Bridge: The Story of Peter and Emily, chronicles the love of a young stockbroker for a recovering cocaine addict, one who had tried to quit several times before her suicide attempt. Their fairy tale romance is not without the struggles and stresses that are part and parcel of coping with addiction. Addler’s treatment of the steps necessary for combating addiction is compassionate and detailed, and he carefully addresses the motivations and support system an addict needs to quit. Another aspect of the story worth mentioning is the impact domestic abuse has on families, including those who are not directly victimized. This is a well-written and compelling love story with characters I quickly began to care about. Rainbow Bridge: The Story of Peter and Emily is highly recommended.