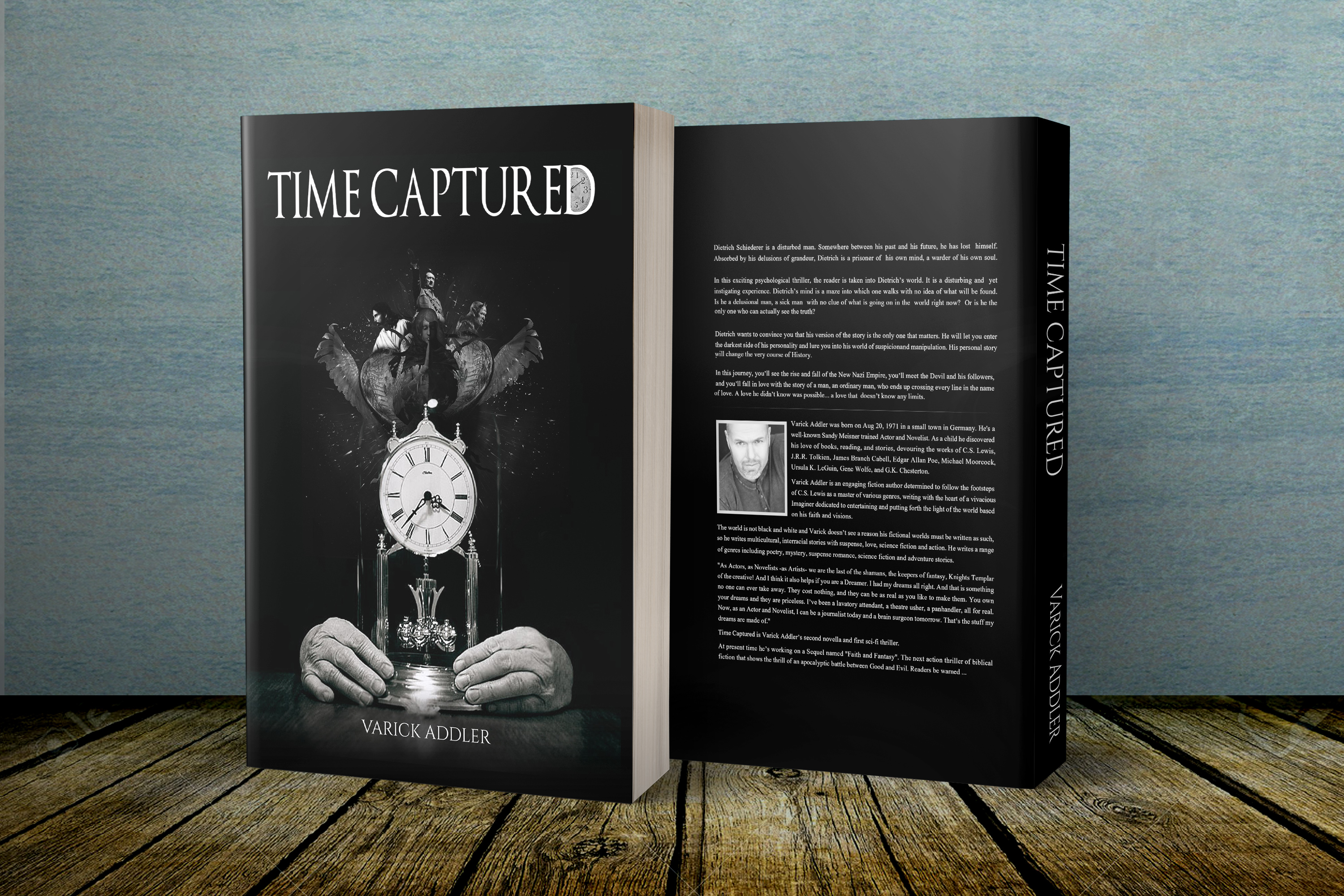 Synopsis
Dietrich Schiederer is a disturbed man. Somewhere between his past and his future, he has lost himself. Absorbed by his delusions of grandeur, Dietrich is a prisoner of his own mind, a warder of his own soul.

In this exciting psychological thriller, the reader is taken into Dietrich’s world. It is a disturbing and yet instigating experience. Dietrich’s mind is a maze into which one walks with no idea of what will be found. Is he a delusional man, a sick man with no clue of what is going on in the world right now? Or is he the only one who can actually see the truth?

Dietrich wants to convince you that his version of the story is the only one that matters. He will let you enter the darkest side of his personality and lure you into his world of suspicion and manipulation. His personal story will change the very course of History.

In this journey, you’ll see the rise and fall of the New Nazi Empire, you’ll meet the Devil and his followers, and you’ll fall in love with the story of a man, an ordinary man, who ends up crossing every line in the name of love. A love he didn’t know was possible… a love that doesn’t know any limits.